Roźwienica, Poland (22-28.04.2018)
24 students and 11 teachers took part in the second meeting in Roźwienica.
8 students and 3 teachers from Germany, 8 students and 2 teachers from Italy, 5 students and 2 teachers from Finland, 3 students and 2 teachers from Croatia and 2 teachers from Greece.
There was a nice and friendly atmosphere among the partners. Like the meeting
in Finland  all participants left Roźwienica with a fund of memories,  knowledge, experience and impressions.
The leading theme of the meeting was “Cyberbullying” and each country presented their scripts. Students were divided into three international groups and they were working on eBook, audiobook and the play.
The partners had a chance to participate in classes (Maths, Art, History, Chemistry) to get acquainted with Polish educational system, they also participated in drama workshops. During the meeting they visited local TV and radio station where they gave an interview.
Students had an opportunity to explore the town Jarosław, the Underground Tourists Route and they took part in a city rally by using QR application. They also visited The Ulma Family Museum of Poles Saving Jews in World War II which made a huge impression on them.

On the last day of the meeting each group presented their working results: eBook, Audiobook and the play. The play was undoubtedly the biggest event gathering the local community, guests and media.
The second meeting of Erasmus project left unforgettable memories on its participants. First of all, we have become more aware of the dangers concerning using electronic means.  We have also made friends, become more independent and open to other nations.
Working outputs:
·      Ebook
·      Audiobook
·      The Play

Students report:
We arrived in Poland at Friday night. On Saturday we visited the city of  Krakow. On Sunday we first went to a salt mine in Wieliczka, which was more than 130 meters deep. After the visit in the mine, which took two and a half hours, we took the bus to our host families in Rozwienica.

The next day school started at 8:45 am. First we took a walk around the school and then we started working in our groups for an eBook, an audiobook or a theatre play. In the afternoon we went to a Bowling station.

On tuesday we were at school and at one o'clock we took the bus to Jaroslaw.There we had the Underground-Tourist-Route and afterwards we had a QR-Code-Rallye through Jaroslaw. In the late afternoon, we went back to school and to our host families.

On Wednesday we made a Drama Workshop and worked at the working groups. On Thursday we took the bus to Rzeszow to visit the local Radio station and the local TV station. When we finished these tours trough those stations, we took the bus to Markowa for a Museum of Polish, who saved Jews in World War II.

On Friday we finished our work in the working sessions and presented them to the other students. After the presentations, we had to say "goodbye" to the other countries, because they started the journey back home. On Saturday morning we took the bus back to Krakow and also left Poland. 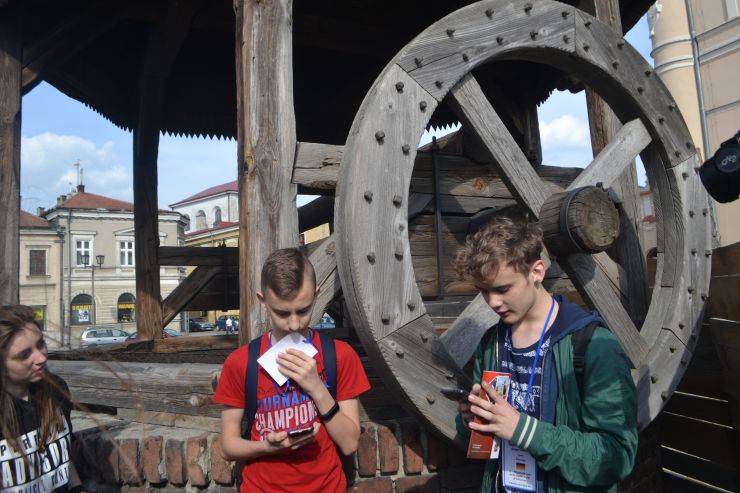 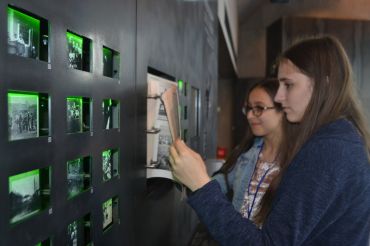 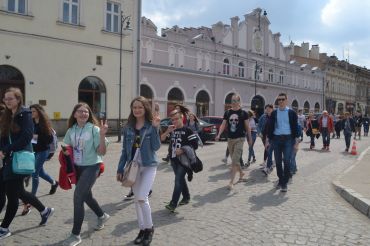 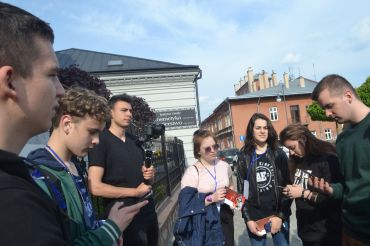