The Albert Einstein Lyceum in Turin was responsible for the organization of the third meeting.
Our goal was the learning of film technique, the design of video tutorials and learning films.
(scratch), which we can also use on a Moodle platform, e. g. as a small learning film for the
Learning German in the international classroom or as an explanatory film about the nature reserve
(Aosta Valley). Likewise, a scenario should be designed that could be used at the meeting in Italy to create a
Documentary, possibly Science Fiction (Flipaclip, MAGIX, video Editor, Comic Strip, Ryzm Full Freier
sequencer youtube, vimeo) with a view to the future (GeoGebra). Here we wanted
to test new teaching methods such as Goal Based Project or Goal Based Scenario. Since the
Italian school is connected to the TV activities of the University of Turin, we have been working with the
University cooperate to create educational videos. Before the meeting in Turin.
for the production of film material on the project theme. This included: turning, cutting,
Lighting, sound recording and writing a script. The more detailed work specifications
as well as the group divisions were designed by our partner. The teams discussed and
decided together on the spot about the formats, the length of the film, the exact content.
The group's objectives and the distribution of tasks were determined. Experienced students
accompanied the teams to the Valle d'Aosta, gave tips and assistance for filming and gave advice
supported the SuS during the other work phases. The various films were screened at the
end presented and jointly evaluated. Further activities were Job-Shadowing (teachers) and
the participation in the lessons (SuS), as well as a city tour including the famous
Film museum. In addition to school activities, there were also private activities, a visit to the
chocolate market instead. 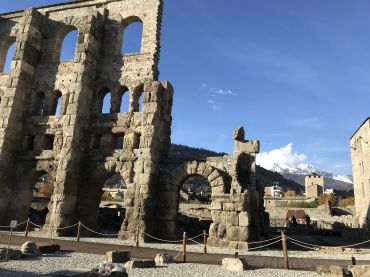 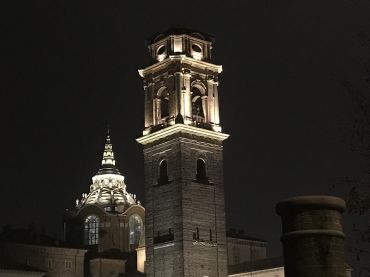